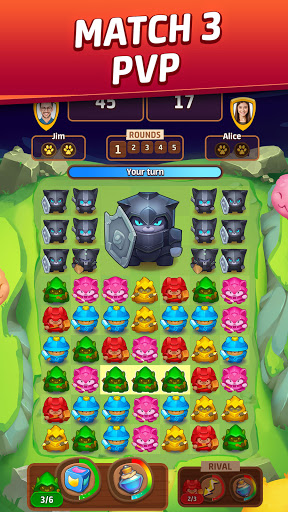 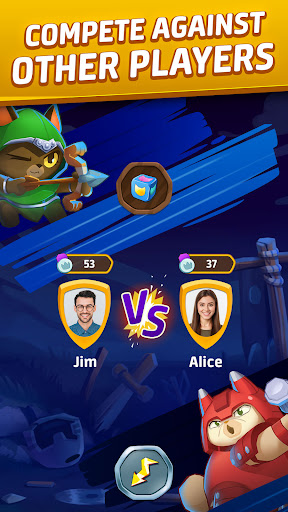 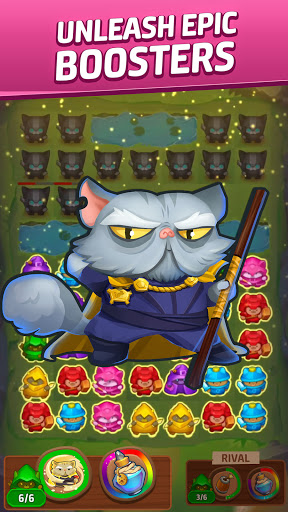 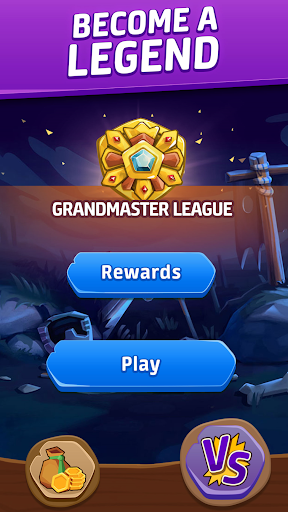 Welcome the match madness! Show off your match play skills and we’ll reward you generously!

Forget the other puzzle and match play games you’ve played so far — Cat Force is the Match-3 PvP game that recognizes your skill. Prove once and for all that you’re amongst the best online Match-3 players!

Unite with the brave Cat Warriors to battle and outsmart your opponents in PvP battles and become a Battlegrounds Legend!

🎮 For Match-3 Experts 🎮
Use your match skills to identify the best matches to score extra moves and earn more points. If you win the match, you get to keep your Booster and will be rewarded generously. Capitalize on your opponent's mistakes if they miss a match and make them pay for it!

⚔️ Rank Up Leagues ⚔️
Earn Medals for every match won – the more Medals, the higher the ranking. From Bronze to Grandmaster, climb up the ranks to become an online multiplayer Legend – there can only be one! Collect exclusive rewards when new leagues are reached, and end of Season rewards too!

🚀 Unleash Epic Boosters 🚀
Unlock and collect powerful Boosters, each with their own special effect, to destroy more Dark Minions. Fill up the Booster meter by matching the same-colored Cat Warriors as the chosen Captain to unleash its attack. Use Boosters to turn the odds to your favor by scoring big point totals to win games!

🤝 Play Real-Time PvP 🤝
Compete head to head online against other players in real-time. Master your match skills and put them to the test by battling against the other Match-3 players from all over the world. Different enemies are worth different points, the player who scores the most points win the battle!

Fight for glory!
Join our Cat Force community on Facebook: www.facebook.com/CatForceGame
Collect a gift on Instagram: https://www.instagram.com/catforcegame
Need help? Contact our tech support at support@catforcegame.com
CAT FORCE is a completely FREE game to play, but some items may be purchased.

This is the latest and greatest update yet:


Can you spy the Dark Minions? Learn more about them in the progression bar!

Something NEW is coming soon... stay tuned to see this work of art!

Test out the powerful Boosters in the Armory! Play with them all to find your favorite.

Experience our Seasons with dynamic themes and prizes! The higher you rank at the end of a season, the better rewards you’ll receive!

Brain Out: Can You Pass It?